School for Friends is governed by a Board of Trustees of no more than sixteen members. Parent representatives serve on the board, and the Head of School is also a member of the Board.

New Board members are selected by a nominating committee appointed by the President from parents and others who are willing to serve and are approved by the acting Board.

Is School for Friends a parent-run school? Yes and no. The group of parents who created the school did two things that determined how the school would be governed. They hired professional staff with knowledge of early childhood to direct and teach in the school. And they elected to be a Quaker school by accepting a generous donation for start-up costs from the Friends Meeting of Washington.

The founding families wrote these decisions into the by-laws of the School. As a result, parents have a strong voice in the policies of the school through their parent representatives on the board, yet theirs is not the only voice – the school is not a parent cooperative. For more details on the governing of the school, see the By-laws. 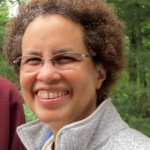 Gaye Williams chairs the School for Friends Board of Trustees and serves as clerk. She previously was board secretary. Gaye is a former SFF parent; her son began in 2005 at 2 ½ in what was then known as the Green Room. She joined the board as a trustee in 2015. Gaye is a senior director at The Pew Charitable Trusts, overseeing communications staff work on government performance, research and science, and Philadelphia programs.

Marissa Pine Yeakey spent her childhood summers at Quaker summer camp, and is a graduate of Earlham College, a Quaker institution. Her two children are School for Friends alumni and her family regularly attends meeting at Friends Meeting of Washington. Marissa holds a Bachelor of Arts degree from Earlham College and a Master of Health Sciences degree from the Johns Hopkins Bloomberg School of Public Health. In her professional work as a consultant, Marissa works to translate global research on family planning and reproductive health into impactful policies and programs. 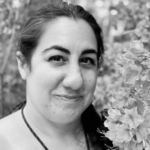 Si has two children who attended the school from 2016-2020. Her husband also attended when the school was founded. Si is the Director of Finance for Women Enabled International, a nonprofit that advocates for human rights at the intersection of gender and disability. She also serves as a founding board member for City Blossoms – an educational non-profit that maintains community green spaces, builds school gardens, and develops gardening, nutrition and art curriculum primarily for underserved communities in Washington D.C., and beyond. Through this organization, she is a recipient of the Center For Nonprofit Advancement’s 2015 Board Leadership Award, which recognizes outstanding excellence in nonprofit board governance. 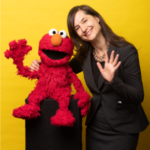 Stacey was born and raised in Ann Arbor, Michigan. She graduated from the University of Wisconsin-Madison with a Bachelor’s Degree in Sociology and a Certificate in Women’s Studies. Stacey lives in Washington, D.C. with her daughter, who has proudly attended School for Friends since 2019.

Alice Dei-Sheldon has been serving on the Board since 2017. She has been a member of the Marketing and Fundraising Committees and also served as Co-chair of the Auction Committee in 2014. Alice is a former parent to two daughters who attended SFF. Her older daughter began in the Green Room at 3 years old in 2011 and her younger daughter began her SFF journey at 2 years old in the Blue Room in 2014. Alice is a Traffic and Production Coordinator for Creative and Public Experiences at the National Geographic Society.

Jeremy is the parent of one current student (previously a Turtle, now in Tigers), and one former student (Sea Lions and Tigers).  His family first joined School for Friends in 2019, and he joined the Board as a Parent Trustee in 2021.  Jeremy is an attorney at Steptoe & Johnson LLP, where he specializes in complex commercial litigation, and also maintains an active pro bono practice. 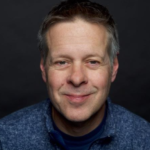 Jeremy Smith is a licensed master social worker who has a special interest in, anxiety, mood disorders, and trauma with children and adolescents. Jeremy has had a diverse career prior to becoming a therapist, working on economic and social justice in both international and domestic contexts, including leadership positions at the Aspen Institute and the Pew Charitable Trusts. He has served on the board of the School for Friends for many years, including several terms as Board President. He has two daughters, Mia and Abigail, who loved their time at SFF. 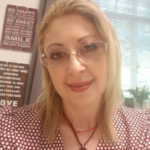