Jim took course work in Day Care at Prince George’s Community College. He has published several articles on early childhood education. Since 1983 he has led workshops on family diversity, administration, and staff development at the annual conference of the National Association for the Education of Young Children (NAEYC). He received an M.S. in day care administration from Bank 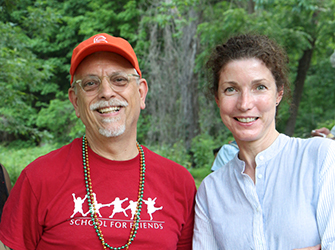 Street College of Education in New York in 1988. Since 1988 he has taught an annual “parenting” class at School for Friends.

Clare Coppel, Office Administrator and Database Manager
Clare is from the small town of Ascot in the U.K.. She has a B.A. in Business Studies. She moved to the U.S. in 2001 and spent seven years living in Southern California before moving to the District of Columbia in 2008. She joined School for Friends as the Office Administrator in 2009 and has gained a whole new appreciation of Early Childhood Education. During Clare’s spare time she and her husband enjoy exploring the Eastern Shore. 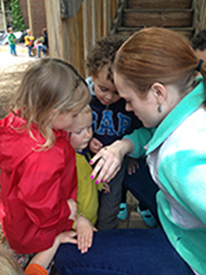 Staci Bauer, Lead Teacher
Staci has been a lead teacher at School for Friends since August of 2011. She was born and raised in Oregon and moved to Washington D.C. in 2009 upon graduating college. Staci went to college at The University of Oregon where she studied Sociology and Special Education. She worked as a Co-Teacher for 2 years at a child development center in D.C. before coming to School for Friends. Staci started working with children as a teenager, coaching volleyball for 8-9 year olds and working as teacher assistants throughout school. She also worked as a live-in nanny for a summer in college. She is very close with her family, loves sports and being active and truly enjoys living on the east coast and the community that she is a part of in D.C. 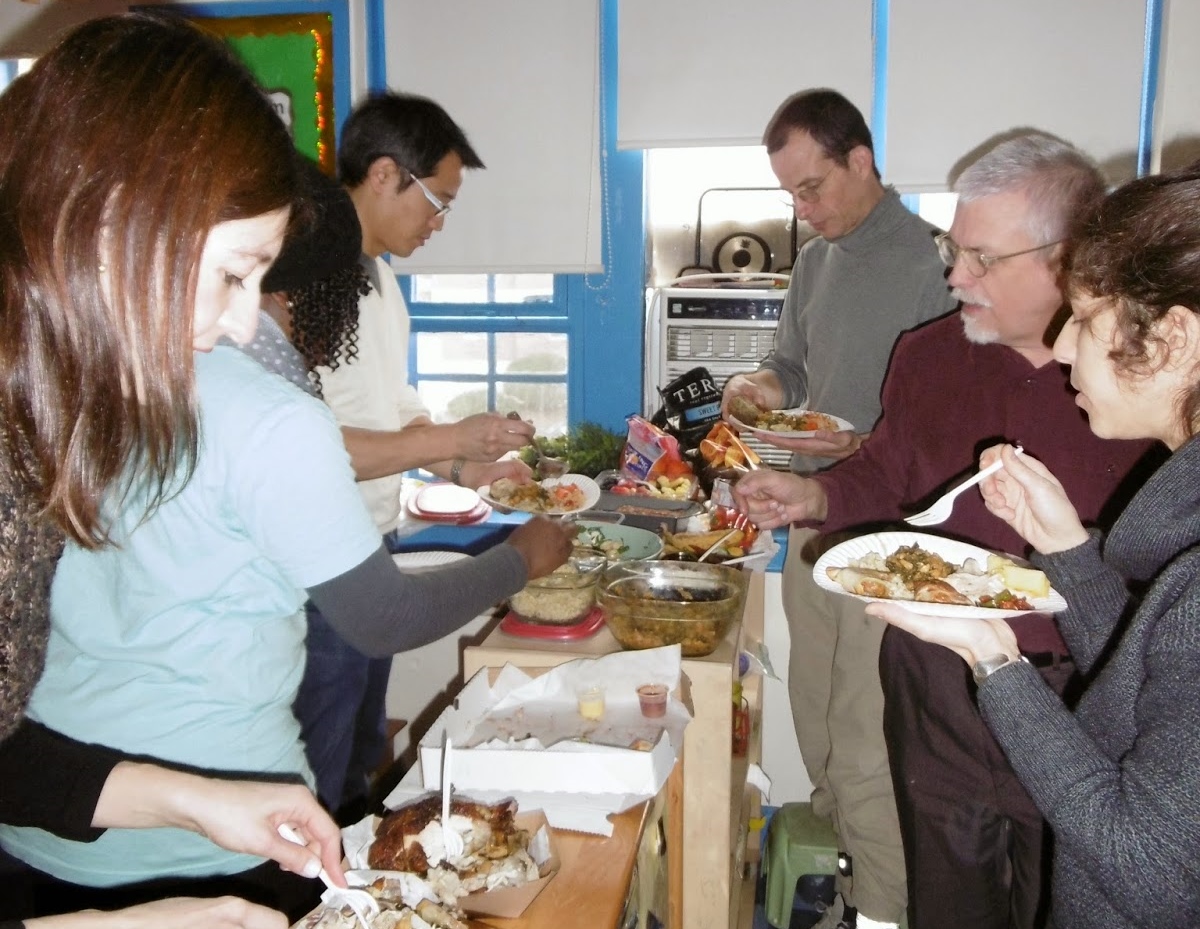 “Each year the Blue Room has a holiday luncheon right before the school closes for Winter break. All of the families are invited to a potluck in the classroom to share a meal and spend time with the children and families. This is a wonderful opportunity for everyone to learn about each other and share something from their family”. – Staci

Cyana Chamberlain, Assistant Teacher
Cyana is one of the assistant teachers and she previously worked at School for Friends for two years as a classroom aide. She was born and raised in Washington, D.C. and attended George Washington University where she received a B.A. in Sociology. Prior to full-time employment at School for Friends, Cyana worked at several different centers in the Washington area. She enjoys walks in the parks and her favorite flowers are sunflowers. 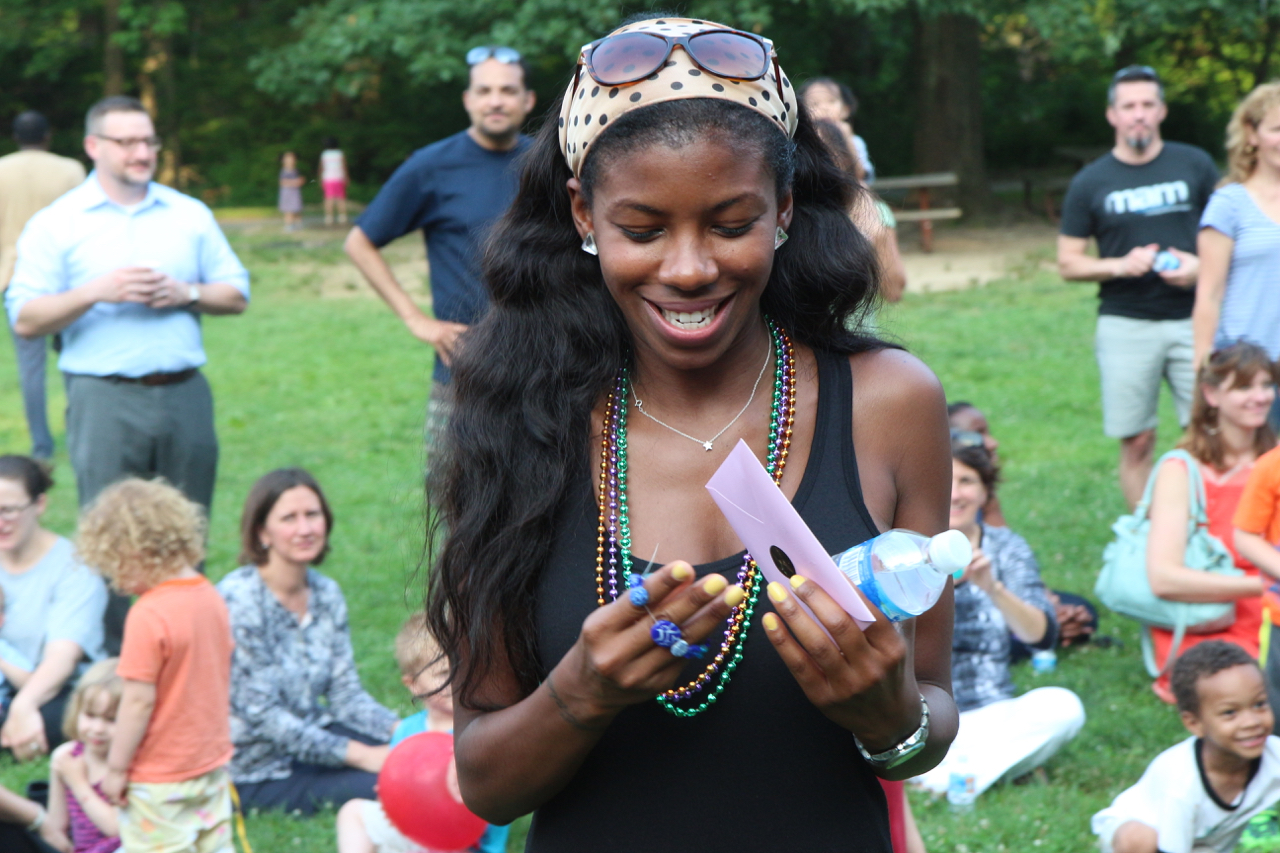 “The Teacher Appreciation Picnic is a tradition at SFF that takes place every year during the summer. It is a special time where (we) teachers are acknowledged by parents and children for all of our hard work and dedication throughout the year. We have a big picnic at the park where families and staff can enjoy themselves. This is also the time where teachers are recognized for extended years of employment at the school. The children often participate in making timeless artwork for the teachers that we cherish long after they have left the school.” – Cyana 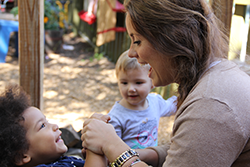 Elizabeth Lambert, Assistant Teacher
Elizabeth grew up just outside DC in Alexandria, Virginia. She attended T.C. Williams High School before getting a B.A. in Sociology and Anthropology at Ohio Wesleyan University. After graduating in the spring of 2010 she worked and traveled in Australia for a year. Shortly upon her arrival home she began as a substitute at School For Friends before accepting an assistant teacher position. She loves traveling, sports, and making new friends. 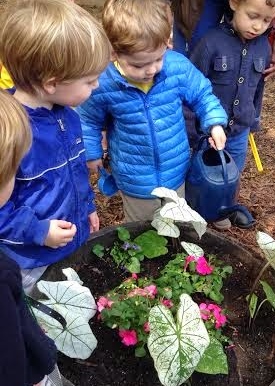 “The gardens at SfF flourish due to 4 main resources: water, sunlight, soil and lots of love. Caring for the plant life on school grounds is a rewarding and enriching tradition. Each year this tradition not only makes our community visually appealing, but it encourages each child’s sense of curiosity, exploration, and scientific observation.” – Elizabeth

Darren was born in New Orlea 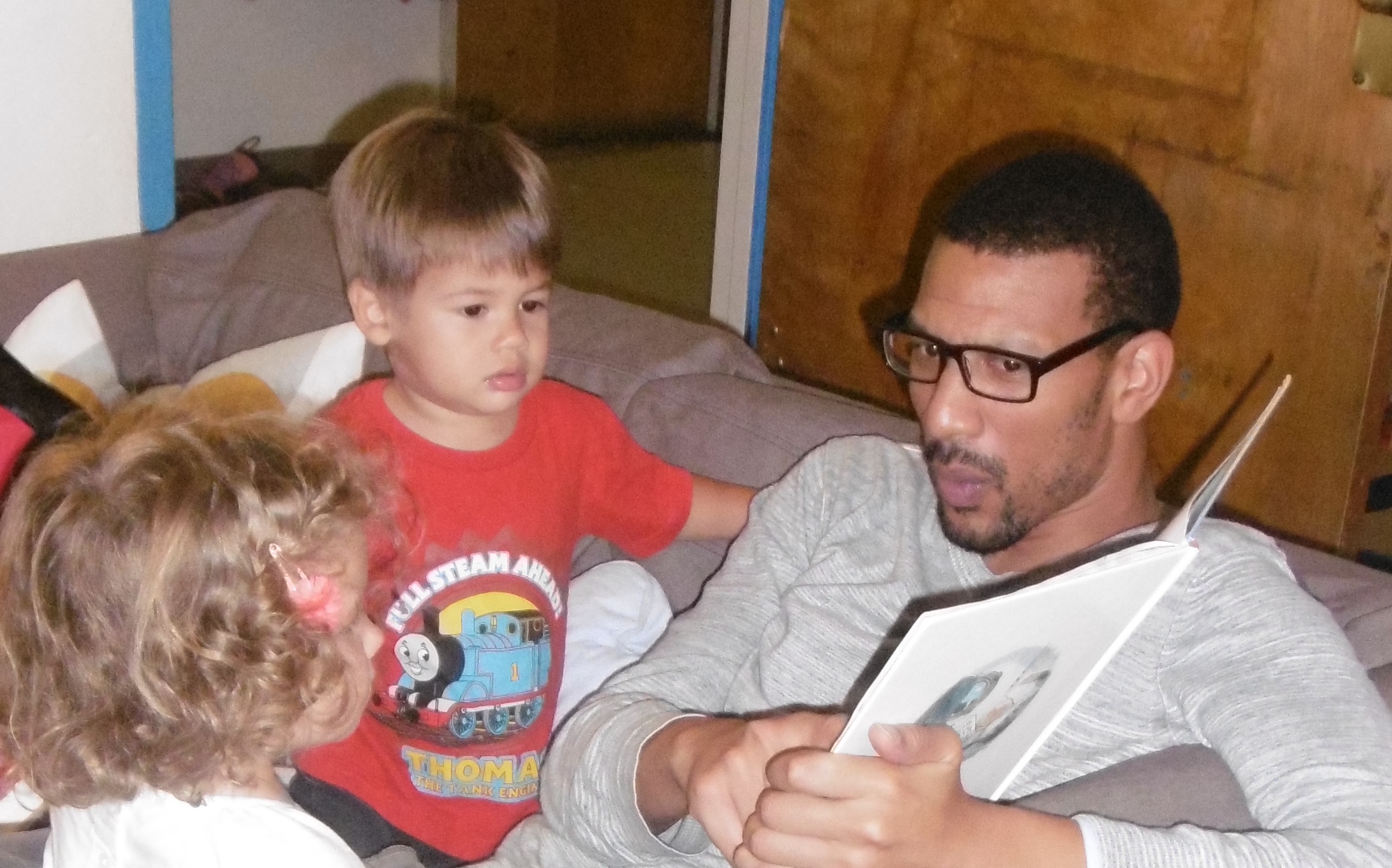 ns, LA and also lived in Richmond, VA where he attended VCU. Darren has was worked with children at a YMCA, a psychiatric hospital, and a foster care/adoption agency. Currently, Darren works during the day in Southeast DC helping adults go back to school, become employed, and/or improve social skills. Darren enjoys reading, writing poetry, listening to music, taking photographs of the city, and coloring pictures. 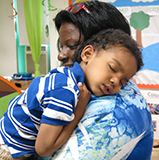 Jacqueline Whiting, Lead Teacher
Jackie was an assistant teacher in the Blue Room from 1984 to 1991. Between 1991 and 1993 she worked at Just Us Kids as a floater and as a teacher coordinator. She also was a certified childcare provider in her home for 11 months. She completed her Child Development Associate credential in 1991. She worked at First Baptist Church Child Care Center during the 1983-1984 school year. She holds a certification in childcare from the Logan Community School. She earned her AA Degree in early childhood education May 13, 2006. 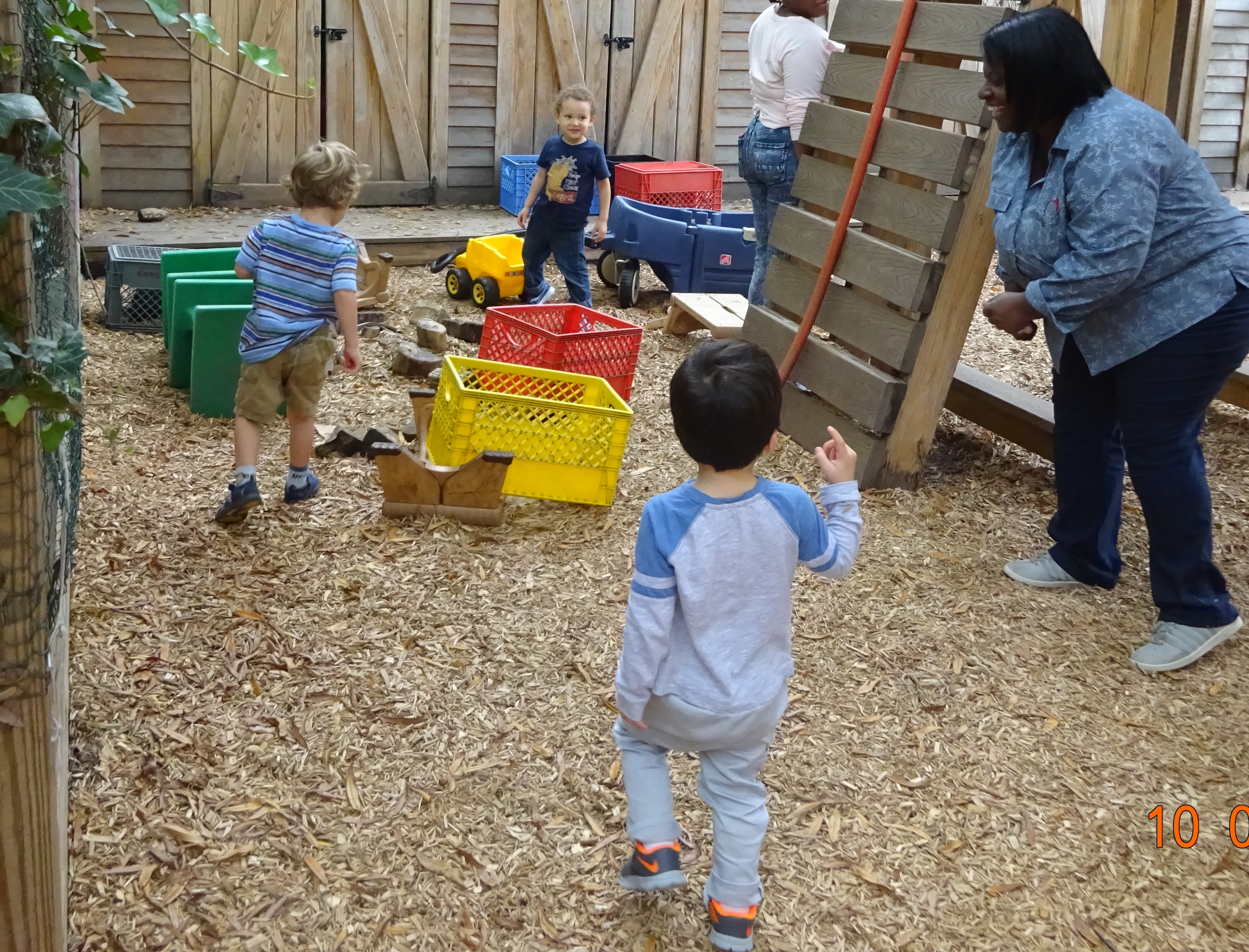 Jackie’s Anecdotal: I love playing traditional games with the children. Like: Duck Duck Goose, Mr. Fox, Simon Says, Hide Seek, etc. It reminds me of when I was little. These games help develop physical skills, patterns, language, rules, and most of all how to have fun with each other.

Jemmael Joseph, Assistant Teacher
A native of Calibishie, Dominica, Jemmael Joseph moved to America in 2009. Initially residing in New York, Jemmael moved to Washington, DC to pursue a degree in Early Childhood Education and Special Education. While earning her degree, Jemmael worked as an after-school tutor for a child with a disability. Through her immediate education and training, Jemmael was able to implement creative strategies to tutor and educate. Jemmael has joined School For Friends not only to further her experience but to learn and contribute strategies to impact the development of tomorrow’s youth. 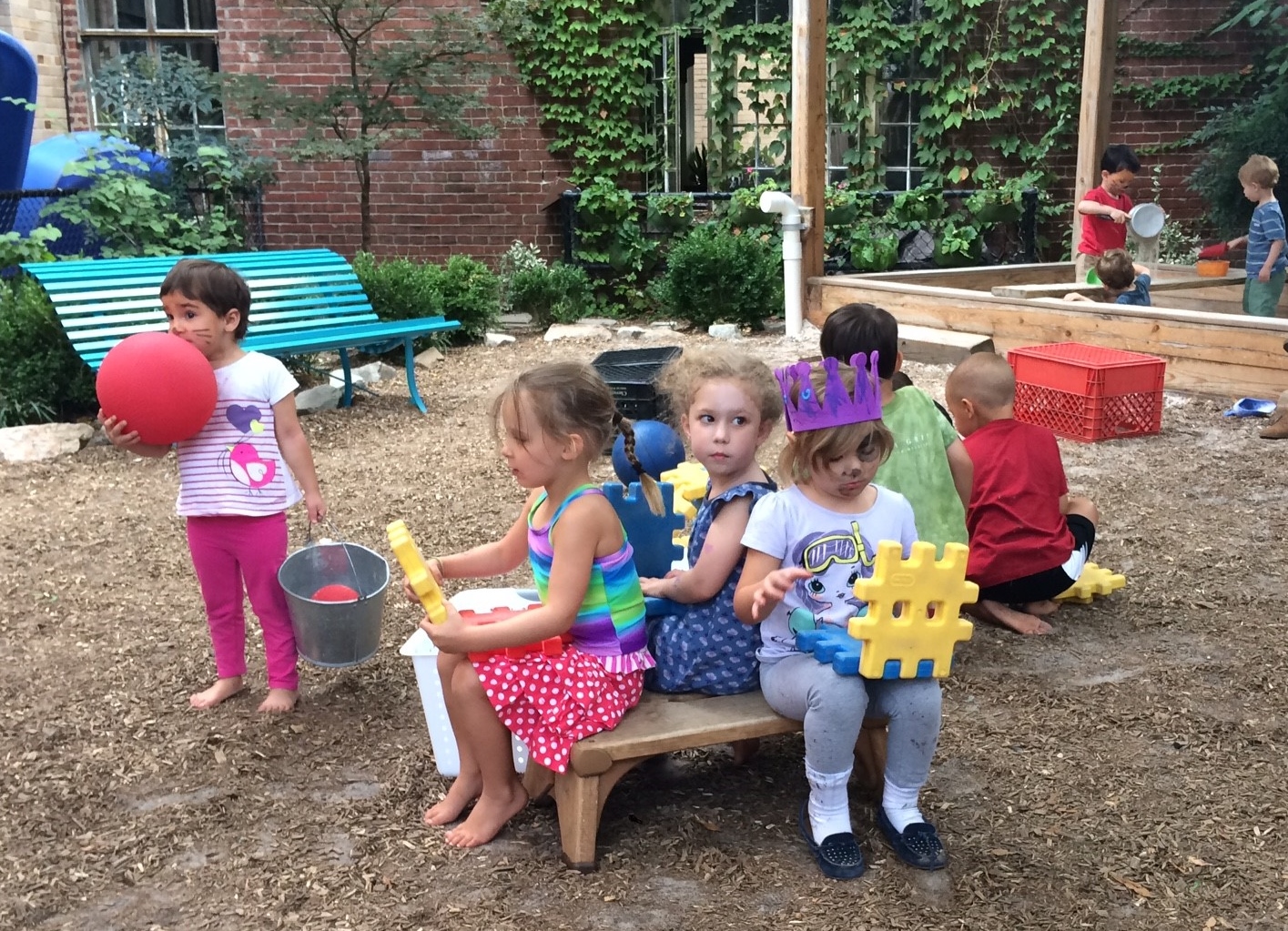 Jemmie’s Anecdotal: At School for Friends, we encourage cooperative play where the children play together; whether it be parallel or with each other. We can see that these children are feeling so safe and comfortable in their environment that they allowed their teachers to face paint their faces. Through their interaction with their peers their social, physical and cognitive skills are developed.