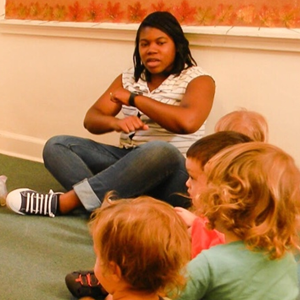 Jemmael was born and raised on the island of Dominica. She moved to the United States in 2009. Initially residing in New York, Jemmael moved to Washington, DC and earned an Associate degree in Early Childhood Education and Special Education from Montgomery College. She is currently a student at Trinity Washington University completing her BA in Early Childhood Education. She joined the School for Friends community in 2013 where she worked with the young twos (formerly known as Blue Room) for two years. Then, she worked in the Butterflies classroom with the 2 1/2-year-olds as the Assistant Teacher. She is married and has an amazing daughter who is currently attending the school. In her spare time, she enjoys spending quality time with her family, collecting collectible toys and watching TED Talks.She has developed an interest in photography and videography.